What started as a medium of rating the quality of culinary, is now a cult in itself. Michelin Star goes without saying what it means to the world of cuisines and food lovers. Although these Michelin Star restaurants are spread across the world, there is an autonomous area of Spain and France called the Basque Country, which is home to exactly Forty Michelin Star Restaurants. It is a Mecca for Food Lovers and is also termed as the Nucleus of World Class Gastronomy.

What is the History of Michelin Star Restaurants?

The history of this iconic revolution started when a Tire Company, called Michelin who introduced the rating of restaurants from 0 to 3 stars, completely done by anonymous critics. These ratings were then added to their road guides from the year 1926.

Not forgetting to mention, but all this procedure of rating and dining in a restaurant involved no money which made it very passion-driven, or one can say objective-driven as a movement.

But there has been criticism against this system. Rumour has it that these are not fairly done and French cuisine got more preference along the line. Despite all speculations, it has been a symbol of assurance and reliability and has been looked upto.

The Soulful Affair of Food and Basque.

Basque region tops the chart when comes to Michelin Star Restaurants. The coast of Basque being in the near vicinity, the quality of fish and seafood, which is cooked by the chefs there is a mouthful and unforgettable. You may also find seasonal dishes as well being the talk of the town when in trend. All this delicious food is then presented in beautiful and artfully plated to be served.

Although the Michelin Star Restaurants cost a fortune the ones in the Basque region are cheaper in comparison to them, but there is no questioning about the food, it is exquisite and a treat to your taste buds.

To give you an estimate, any one-star Michelin restaurant will cost you around 40-50 Euros and 3-Star Michelin would be in-between 100-200 Euros.

There are 40 Michelin Star, it would be difficult to talk about all of them in-depth, but we can discuss the major 3, 2 and 1-star restaurants.

Let us start with the highest in the rankings, the 3 Michelin Star restaurants of the Basque Region.

Run by the famous Basque Chef, Pedro Subijana, this Michelin Star is known ‘as one of the forerunners of the new Basque Gastronomy’, quoted by Espana Fascinante. The place is situated on the edge of the cliff of San Sebastian. The dishes are a perfect blend of tradition and avant-garde. But it is a whole package, not just the food you are served here.

A holistic gastronomical experience is incomplete without a perfect environment. But Akelarre is bestowed with elegant large windows, through which the whole Cantabrian Sea is on the view. The third element which had made Akelarre hold it’s 3 Michelin Stars consecutively for 10 years is the consistency of the ambiance and the food they serve.

Founded by Martin Berasategui, the restaurant is now going strong on the very principles laid down by him, one of which was his signature phrase “Cocina Con Garrote”. It stands for ‘cooking with strength’ and so has been the case for this long, making it a 3 Michelin Star.

Chefs at the restaurant abide by that phrase of his and owe the success to him. The uniqueness of this place is that they master in ‘avant-garde’ signature’ dishes whose produce is freshly grown in their garden. They are in the possession of a Wine Cellar which is a haven for wine lovers. They can find various denominations origins of wine there. You have an option to choose either from the menu or from its Great-Tasting menu.

Let’s move onto the 2 Michelin Star!

At the heart of the beautiful countryside, Mugaritz is inside a farmhouse which is situated between Rentería and Astigarraga. Chef in Incharge there is  Andoni Luis Aduriz. He is known for his unique style which he took several years to learn and develop as his master skill, under the guidance of some of the best Michelin Star Veteran Chefs: Pedro Subijana, Martín Berasategui, Juan María Arzak.

The question arises how and why is he different? Well, by challenging the norms of conventional cooking, he pursues creating cuisines through the symphony of flavors, aromas, and textures, which are no less than emotions but of gastronomy. He does all the cooking and intermediate processes through his hands. He also is an author to a recipe book wherein he has published his famous dishes and delicacies.

The motto of opening this restaurant was to revive haute cuisine to a large audience. This is Chef Eneko’s second restaurant opened in 2017. He also owns a 3 Michelin Star restaurant which goes by the name Azurmendi. If we talk about Eneko, it offers an intimate setting to devour an open menu and dishes which are prepared freshly for you, with cuisines made with expert technique and flavors in full swing.

Víctor Arguinzóniz is the head chef here with a title that is given to ‘the magician of the embers’. He has also won the 2016 National Gastronomy Award for being the best chef. This title was given because of his traditional ways which he still uses in his cooking i.e. wood grill. The food here is known for simplicity but a lot of variety and usage of seasonal products can be found here. You can eat here for 176 Euros approximately.

Basque offers a lot more than Michelin Star restaurants. You can find humble and small cafes and bistros which are great in taste and style. This makes the basque hub of eateries and this makes the vibe of this place dipped in authenticity and gastronomy at it’s best. If we talk about expenses, the range is mind-blowing. From uberly expensive to cheapest food joints, all can be found there. But the number of Michelin stars this place has in its kitty shows that the world that the people in the Basque region take their food quite seriously! 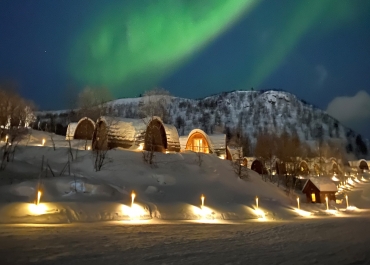 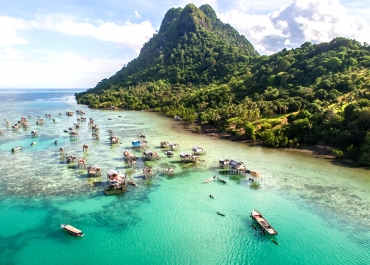